As I follow media and events about Bitwise’s announcement of expanding to Bakersfield, I get the feeling as a community, we’re not sure what to expect.

Maybe a little pessimism, or maybe we’re taking a wait and see attitude. Or maybe we’re still learning about what Bitwise will bring to our community and how they’ll do it.

Jet to the end if you don’t want to read the reasoning behind this exciting news.

Totally understand why we might feel like that, but I want to try and provide some additional insight as to why I think this is not only a huge deal, but a potential game changer when it comes to diversifying our economy.

First off, to clear any confusion (and jokes) about how Bakersfield, nor the Central Valley is going to bring Google or Microsoft to the area any time soon.

That’s not what this is about. This is about empowering people with the skills they need so they can create the next tech startup.

Fresno Bitwise is successful in providing the tools necessary to create, and then startup, new tech companies.

This works by teaching people technology skills, which could result in those new learners creating a new business or idea.

Not only is the hope for new businesses or developing ideas to become successful, it also means creating the necessary accompanying positions which go along with it.

So why do I think this announcement from Bitwise is huge? On its own I think it stands all by itself, even if strictly on the idea that the Central Valley has never been funded like this before!

Sure, geography probably plays a part with Fresno reaching out to its neighbor to the South, but it sounds like the Bitwise founders also did their homework to find out more about our area before making their decision.

To me, this is important because it shows Bitwise is at least thinking past just coming down here because we are closely located.

In other words, they want to make sure Bakersfield has something to bring to the table, and evidently, they think there’s enough to invest in our community.

But really the big reason is maybe Kern County can start to embrace a new digital economy. And timing could be everything.

Another reason I think it’s important for us to support companies and nonprofits like Bitwise is to break away from volatile economies (aka ag and oil industries).

If the recent comments of current California Governor Newson are any indication, it appears our State may be headed in the direction of winding down oil production.

And believe me I’m not an oil hater. I’m just trying to be a realist here. The Bakersfield Californian’s Robert Price’s recent editorial comments points to the direction the State of California is heading.

“It’s not enough for anyone to declare that Kern County leaders must dedicate their efforts to the diversification of this economy. That is a given. Kern County must identify a champion newcomer of depth and potential, and pursue it.”

As Price states, local Kern numbers put 10K workers ‘in the field’ directly, with a total of 30K employed when including support associated jobs.

I’m no economist, but if oil production winds down, forever, we’re looking at even more challenging local unemployment rates.

Given these recent directional change toward a carbon-neutral future, and our local economy’s reliance on this industry, it can’t hurt to start looking for new sources of jobs and income.

Really, the timing of the Bitwise expansion could be perfect. It will take some time for the oil industries to wind down, as it will Bakersfield’s tech industries to expand.

Agriculture is another industry which could be disrupted with automated technologies. Again, these jobs won’t disappear overnight. But why not be at the forefront?

Spatial solutions, unmanned air vehicles (aka drones), remote sensing, AI, harvesting robots will all eventually change the ag industry or touch it in some capacity.

If our geographic area is ground zero for producing some of the world’s largest crop of agricultural items, we might as well be the testing grounds for new technologies which could, and more than likely will eliminate many manual labor jobs.

By starting an agriculture tech 1.0 era, we can get ahead of other areas and start creating new jobs, which will replace those disrupted lost jobs.

But here’s the real reasons I think the Bitwise expansion to Bakersfield could really change the local technology landscape. Our local people.

Expanding on why I feel this way means bringing in Raj Chetty to the conversation.

He’s a professor of economics at Harvard University, whose work on upward mobility is what I think is an important connection with Bitwise and our community.

Especially because he includes empirical big data, a GIS, Census data, and over time studies.

As a quasi demographer and GIS analyst, in my opinion these findings have strong results and includes outcomes which can be backed up.

In this TedX talk, Raj Chetty provides a good primer to his basic study of bringing in data points in a GIS to represent areas in the United States which have upward mobility.

His discussion on investing in places with low levels of opportunity, includes his recipe for success, or five strongest correlates of upward mobility. These include:

Sure we may need some work with some of these community ingredients, but Bakersfield and our surrounding cities hit on many of these points.

And his project, Opportunity Insights with accompanying GIS maps, backs this up as much in the California Central Valley.

Something else he points out in these underserved communities is the theory of how many lost Einsteins we have already missed out on?

This vid is a little more comprehensive and includes involved topics.

In other words, based on data, we have a good chance of finding an Einstein in some sort of discipline within these underserved communities. 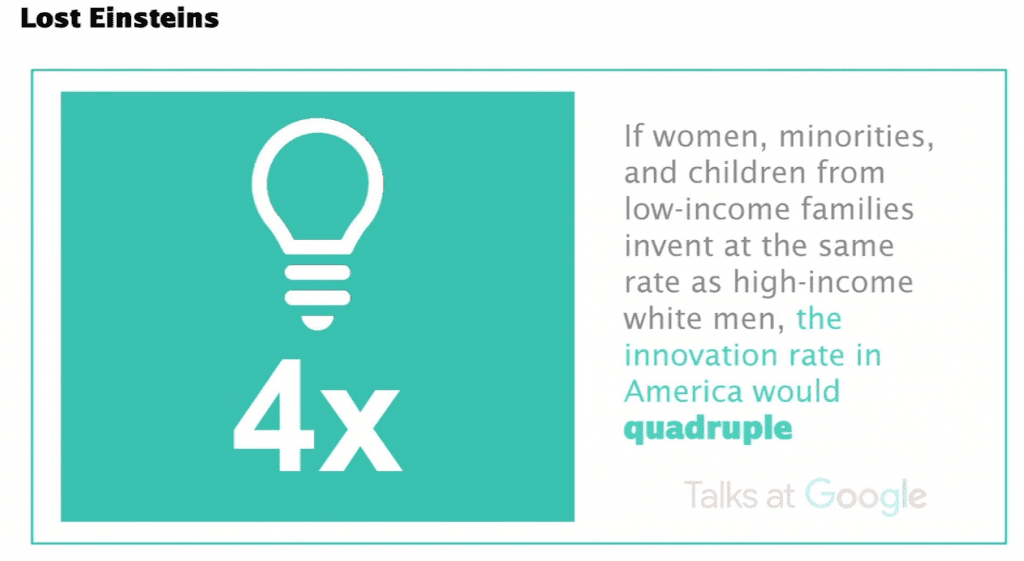 Distributed employment (aka remote work) is not a new concept, but I think it’s another aspect of why I think the Central Valley, particularly Bakersfield, is a great choice to increase tech and our economic outcomes.

It has to do with the future of work, and what some see as a much better model than an overpriced Silicon Valley.

Years ago, Auttomatic founder Matt Mullenweg made a decision, even if out of necessity, to have a remote workforce for his company, or what Matt calls a “distributed workforce.”

This allows extreme flexibility in talent without geography, and lower overhead, in that it’s not necessary to have a huge HQ footprint in Silicon Valley or otherwise expensive area.

Matt believes the future of work is distributed work. And a model which fits nicely in an area like the California Central Valley.

I believe what Matt says when he says that distributed work is not only good for our local economy, but for work/life balance and commutes to name just a few.

Episode 1 of Matt’s new Distributed Podcast (ironically named Fixing the American Dream), is a great primer when it comes to how companies can be successful using a remote or distrbuted workforce.

But more importantly I think are the positive economic results from a workforce like this. When jobs are created, it also creates the local multiplier effect.

This being where these higher paying jobs then create an additional 4 local jobs. Basically all the resources a person needs living in an area from retail, food, and healthcare.

I’ve seen numbers before that put this multiplier at 1.4X, meaning for every dollar spent, it provides 1.4 times that to the local economy.

The referenced Distributed podcast has a great summary around the 6 minute mark, where Stephane Kasriel (Upwork CEO) speaks about geographic areas and the cost of living.

Kasriel also notes there are great places outside the San Francisco Bay Area, within a couple hundred miles, which are not only affordable to live, but beautiful and places where you really want to live–but no jobs.

Yeah, we all know Google won’t be moving to Bakersfield or the Central Valley any time soon.

But what about a Lost Einstein who creates a tech disruption company in the ag business, which could 100X itself, and contribute to our local economy, or even global company?

To me that sounds pretty darn good. Our area is ripe with upward mobility.

Throw in the timing with potential oil industry changes, why wouldn’t we try and train more people into technology-related jobs?

I’m also willing to put my efforts where my mouth is, and volunteer in any capacity to help show Bitwise why Bakersfield was a great choice.

Not only do I want them to succeed in our community, it may be necessary for Kern County.

Let’s show Silicon Valley’s old way of thinking that there’s more to the Central Valley than just oil and agriculture.